Chalk up – or rather “down” – another milestone to this year’s dry season.

Lake Okeechobee has dropped to the 11 ft (above sea level) mark.

What’s the significance of that number?

Scattered prairie potholes are still holding water (which are a few inches from also going dry), but the big picture is that the Lake’s vast wetland area is dry.

How does this year’s spring recession compare to recent droughts?

In defiance to statistical neatness, Lake O has already recorded two “droughts of the century” in the first decade of the new millennium.

The first was 2001. The Lake dropped below 11 ft in January for 7 consecutive months.

The second started in 2007. The Lake dropped below 11 ft in March of that year, eventually bottoming out at its all-time record low of 8.8 ft in June. In total it stayed below 11 ft for 17 consecutive months.

That brings us to our current situation.

It’s not in drought of the century territory by those standards, but it’s worth noting that current Lake stage is only a half foot above early May of last year, (which several weeks later dropped the lake back near the 9 ft mark). 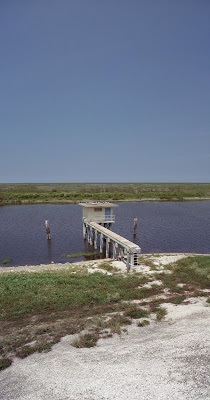 But that’s when the rains kicked in. The Lake rose steadily through early August 2008, breaking out of its record 511 day streak below 11 ft one week prior to Fay jumping it an additional 4 ft, up to 15.

As high as that jump was, it only brought Lake stage up to the September median (as measured from 1991 to 2008).

Which raises the questions:

When will the wet season begin, and how much rain will it bring?

There’s a Lake in the center of south Florida that could use some water.