How high are the clouds? 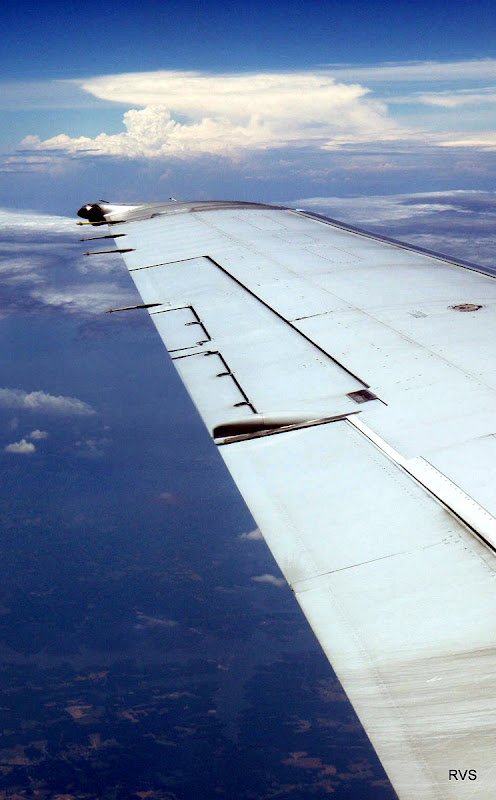 As seen from the ground, the answer is usually left at “up in the sky” … which in vague terms narrows it down to somewhere “taller than the trees” and “under the moon.”

Even the giant most towering formation, the stratosphere-scraping cumulonimbus thunderhead, off in the distance (see photo), looked at best to be about “eye level” from where I was sitting somewhere in the whereabouts of say 7 miles high above coastal North Carolina, looking west.

I imagined that storm dropping prodigious amounts of rain off somewhere in the Appalachians (or even beyond) with equal doses lightening and strong winds — blackening out the sky for the people on the ground taking cover in that distant town below (wherever it may be) above where it grew.

But there in my perch it appeared nothing but peaceful blue and cottony white.

That night I checked the radar to find out “how much” and “where” that rain fell:

To my surprise, I couldn’t find it
(or at least nothing jumped off the map).

Clouds can be deceiving at any angle,
(and/or the radar wasn’t right.)