The month started out on a cold note, but progressively warmed throughout its remainder.

And only one significant rain day.

That leads us to January, which like the rest of the Northern Hemisphere, is our coldest month of the year.

For Naples that means average day-time highs around 75º F and average night-time lows around 53 º F.

Visitors from up north always ask me how I know when winter has arrived to Naples … since the normal visual clues like snow, long pants, and jackets are noticeably missing.

“You know it’s cold in Naples,” I respond, “when the mercury in the thermometer doesn’t make it above 70º F.”

We’ve had four of those days so far since the start of October.

All four registered just a notch below that winter wonderland mark at 69º F, as measured at Naples Airport.

You can see from this map that two-thirds of winter days in Naples, as measured from December to February, rise above 75º F mark.
Compare that to Tallahassee where only around 1 day out of 7 breaks above that number. 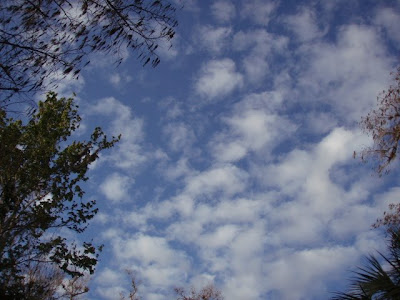 It’s cold up there against the continent!

You can check out more MyWorld images from around the world at the MyWorld site.