Conventions come into play,
And only when you do them do the numbers translate. 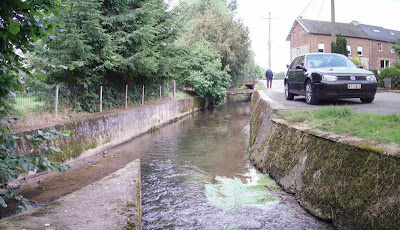 My car in Florida gets 30 miles to the gallon.

We call that “mileage,” so in Belgium I naturally assumed car efficiency was tabulated the same way, only in the metric equivalent – kilometers per liter – and dubbed with a similarly catchy name, something along the lines of “kilometer-age.”

Yes, my French was primitive, and my pronunciation even worse, but neither was the problem, and here’s the real stumper, nor were my number conversions – they were accurate (if also rounded down).

This language barrier could not be broken until I got my number “conventions” right. 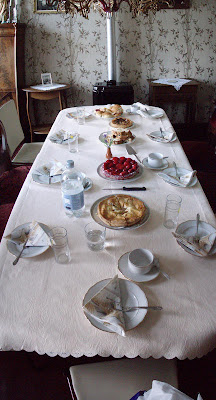 You see in Belgium the standard bearer for describing fuel efficiency is not “kilometers per gallon,”

But rather “liters per 100 kilometers.”

That had me scrambling for pencil and paper, as I couldn’t do the calculation in my head, and even then, with a calculator in hand, and a coffee carafe in reach (in Oma’s kitchen), it took me a moment or two to see the numbers safely through.

A half a tea cup later I got it!

“That’s not bad,” my brother-in-law said in English. (Now we were talking apples to apples). “My car (a Volkswagen) uses 6 liters.”

In Florida mileage terms, that translates to 39 miles per gallon. (But I think it’s a diesel.)

As to which convention is better?

I’m still mulling that over.

My first take is that “miles per gallon” fits America better. Higher fuel efficiency is reported as a “higher” number. That matches our ethos that “bigger is better” … even if you need a smaller car to get it.

The opposite applies for the Belgian way.

It celebrates smallness: “Less” car translates into “less” liters. That seems to sync with Europe’s ergonomic and high efficiency sensibility.

The unintentional success behind all this is that we unwittingly broke the alphanumeric barrier by meeting halfway across the Atlantic.

He spoke in American (English) but I did the math in Belgian!