South Florida charted around 7 inches on average for the month of August.

The rain was pretty evenly spread among all its basins, with the exception of Western Collier and Lee Counties (commonly called the Southwest Coast) which stood heads and shoulders above the rest at 9.5 inches.

Of course the spread is never even from one rain gage to the next, especially when you have coastal machinations of the sea breeze and capricious prevailing winds at play.

Case in point is Naples Airport.

It recorded 6.2 inches for the month, with 40 percent of it falling on 4 consecutive days in the month’s final week, despite the bigger numbers basin wide. (Click here to see Naples Daily News article.)

But try telling that to someone standing in the upper reaches of Fisheating Creek, the downstream end of the L-28 Levee, in the Upper Kissimmee, or on the panhandle in Panama City. Those areas watched the rain fall around them, but only mustered 2 to 3 inches for themselves.

On the other end of the spectrum is Marco Island, Picayune Strand, Ocala Forest, and Pensacola where in the neighborhood of 12 inches fell for the month, and in the Tampa area where drought restrictions have been eased (see article).

The bigger picture is that we have one core month of the wet season to go.

South Florida has now gone two consecutive months without a Big Rain Day (BRD). BRDs are the days when an inch or more of rain falls District-wide. We had two of those in May, and one in late June … but none since. 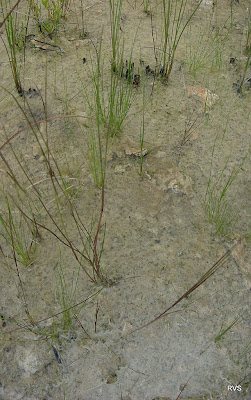 From this point forward, our best shot at one of those is a tropical system.

Of course an early season continental front could also do the job, with the additional bonus of cool air ushering in behind.

As nice as that would be, the rain would be better.