Doesn’t it seem you have to double check everything you read in the paper?

Maybe not every time, but normally.

Turns out Lake Lanier is rising higher than I thought. The USA Today called it 10 feet below normal, but according to my calculations, it’s 10 feet below the 10-year April maximum.

The USA Today article was probably referring to a specific regulatory stage threshold, but to call it normal is a stretch, since to me “normal” means “average.”

By my “normal” metric, Lanier is only 5 feet below 10-year April average.

And it’s on the rise.

As for downstream releases from Lake Seminole: its waters are being released through Woodruff Dam at a whopping weekly average of 100,000 cubic feet per second.

That seems like a lot, and it is – 4 to 5 times the “normal” April flow rate, but you have to look at flow volumes (not instantaneous flow rates) if you really want to compare oranges to oranges (as we say in Florida), from one year to the next.

The graph above shows flow volumes for the first three months of the year (Jan 1st through April 7th) going all the way back to 1970.

The big flow winter on record was 1998 — the so called “El Nino of the Century.” 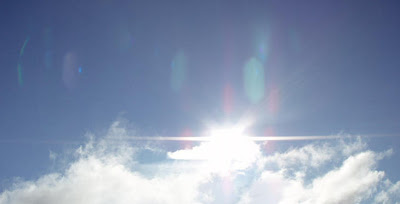