What’s worse: a hurricane or a typhoon?

That depends on where you’re standing.

If you’re in the Pacific, west of the 180º parallel, the answer would most definitely be a typhoon.

Put the same person on a peninsula jutting out into the Atlantic, the answer would be a hurricane.

In the Everglades you can spend the night on a back country camp called Willy Willy.

Just don’t get caught there with a hurricane bearing down – or a “Willie Willie,” which is what they call them over in Australia.

Keep in mind that they spin reverse “down under” in Australia – clockwise, instead of the direction you loosen a jar lid.

My point is that all three terms are just different ways of saying the same meteorological phenomena: 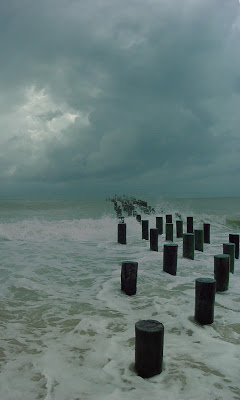 They call them … brace yourself … “cyclones,”

And, yes, they are just as bad as all the others.