This year is shaping up as a “Big Rain Month” no show!

By that I mean we didn’t have a single month all year, including the early wet season’s precociously rainy May, that registered over 10 inches “south Florida” wide.

Last August we had a memorable Big Rain Month, but it was really two consecutive big rain days in the form of Fay that filled the monthly coffers.

Various regional basins of south Florida had their day in the sun – or shall we say “month in the rain” – this wet season.

Big Rain Months were recorded by the Upper Kissimmee Basin in May, Big Cypress Nat’l Preserve and Miami-Dade in June, and East Caloosahatchee in July.

On the low side, Lake O only recorded 4 inches of rain in September.

An inch of rain in a single day (south Florida wide) is called a Big Rain Day by the way, as coined by the meteorology team at the South Florida Water Management District.

That happened twice this year, once in May and again in June. 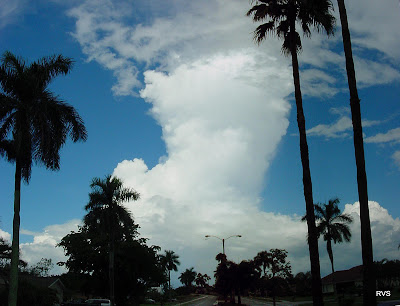 As for October, it hasn’t recorded an inch of rain through its first half.