Rains were bountiful at my house this weekend. 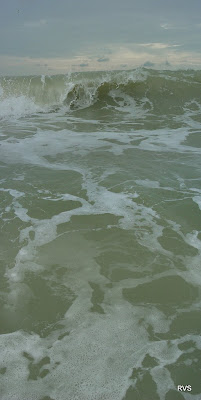 They flowed in from the west, on the wings of a disorganized low-pressure system perched out in the Gulf of Mexico.

Even more unusually, it fell in the dead of night.

Actually, that was the dead give away … that and the “big” waves on the normally placid gulf shores.

Our more typical “Everglades-grown” storms ride into town on the wings of the prevailing trade winds.

They blow in from the east, typically hitting town (and a “glass like” or only gently rolling gulf) around mid afternoon.

You can practically set you clock by those storms … just not very accurately.

(Meteorologic time is never as accurate as its celestial counterpart).

Regardless, we’ll take the rain however we get it, which ever direction or time of day.

Actually, do we have a choice?