Can too much rain cause a fish kill? 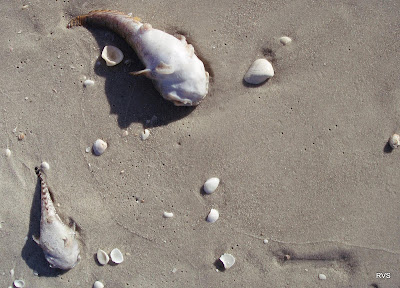 Usually the cause is not enough,

Better known as our dry season:

Winter and spring is the time of year when ponds and creeks slowly shrink and stagnate. The fish that once had the run of the water are now stacked “fin to fin” in those dying puddles (or, for the lucky ones, in a deeper canal).

All it takes from there is a nudge from the north in the form of an especially frigid cold front.

The sun rises the next morning to the thin light of thermally-shocked fish floating on the surface.

That zaps the oxygen out of whatever water’s still left standing.

Even the lucky fish that found refuge in deeper canals weren’t off limits this year, and here’s the surprise –

Not even after it started raining!

After an unusually rainless spring, at long last the wet season took root with an early and prodigious onslaught of May showers. Those rains flushed terrestrial runoff into the unadulterated “channel water” of the canal, shocking the water chemistry, and quite likely fueling an algal bloom.

So yes, too much freshwater – in the form of a “first flush” rain – can kill fish in a canal.

How about saltwater fish?

There was a recent fish kill on Naples Beach blamed on an algal bloom. The fish suffocated from low oxygen levels. (see article)

A couple on the beach, the next umbrella over, was curious about the “strange darkness” of the shoreline waters. “We were just on the beach up in Sarasota yesterday,” they explained: “The water was clear as could be.” 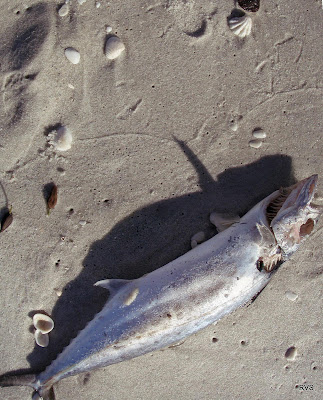 That gave me pause for thought.

September was an unusually rainy month in Naples. It soaks in where it can, but near the coast it “flows out” as storm water in heaping pulses, cock full of terrestrial inputs. Add a couple days of week tides to the mix – preventing flushing – and the stage is set:

Up pops a coastal-hugging algal bloom.

The tides picked up the next day, more or less washing away the fish,

But it kept me wondering:

“Could we blame this one on the rain too?”