At least we can be thankful they weren’t snow.

Turns out the same low pressure system that brought us our rain did turn into snow as it moved up the Atlantic Coast and took on the shape of a classic Nor’easter.

That’s as perfect a winter snow-making machine as the peninsula’s summer sea breeze is a rain maker.

The magnitude of the rains was unexpected – especially the local accumulations of over a foot that fell along the East Coast (almost sounds like snow!), but even if a precision-proof prediction could have been produced, the result would have been the same:

Flat Florida’s urban grid can only handle a few inches per day at best.

Who would have thought that a single December storm could outdo an entire hurricane season?

Long-time residents in the heart of those flood zones couldn’t recall a hurricane storm this season, last or forever that brought so much water, so high and all at once. 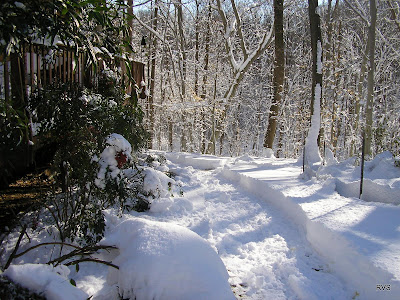 It splashed Miami on the “national news” circuit then, just as quickly (like a receding puddle), faded from view:

A blizzard was blowing in offshore up on the Atlantic Coast.

Whether you remember the rain or the snow will depend on where you live:

Weather at its essence is a “local story.”