This week’s freeze won’t come close to matching the 11-day epic express of polar air that opened up +85 sinkholes back in January.

To be fair, it wasn’t the cold that sunk what – in central Florida – has been tentatively relabeled “Terra Infirma” …

But rather unprecedented pumping of water from the Floridan Aquifer below instead. 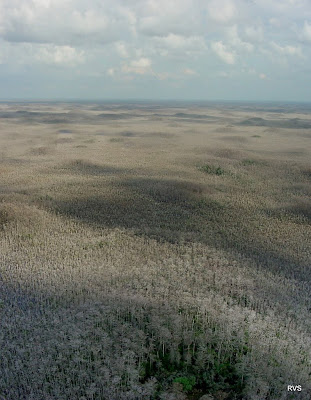 By my estimate strawberry and citrus farmers pumped in total 451 Fenway Parks worth of water (stacked up to the top of the Green Monster and fair play only) in their bid to save their crops back in January.

Thus making the Floridan Aquifer the unsung hero of the freeze. 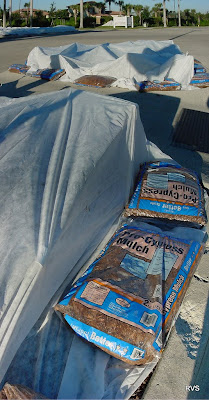 Upon reviewing the reels of video I shot during the January freeze, I came across a similar styled hero here in Naples,

In the form of our beloved cypress tree.

Or in this case, bags of it … mulched.

The much more desired state to see it of course is whole and standing, preferably in a shin deep sheet of water. Cypress trees are protected by law in Big Cypress Nat’l Preserve