Not surprisingly, the Olmypic Peninsula registered the most – over 100 inches – whereas the Mojave Desert received the least (under five).

Florida split the difference falling primarily in the 50 inch range.

But rain in Florida isn’t about total amounts, rather how they are spaced out and how they soak in,

(Or in the case of the swamps – spread out).

The Panhandle tallied over 60 inches but parts of the space coast were under 40, which is incredible considering the blockbuster burst of rains in mid May just upcoast near Daytona.

(It flooded out the race track!) 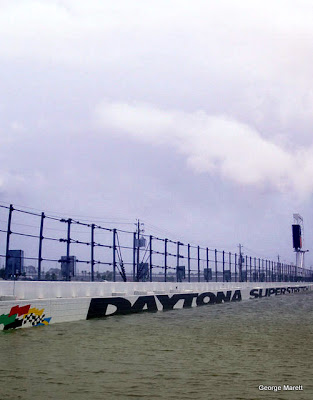 The rains (and snow) of the Olympic Peninsula aren’t evenly spread either. Water gets squeezed and stolen from the clouds depending on what side of the mountain you’re on.

The map leads me to believe it fell a solid 15 inches below normal in 2009. 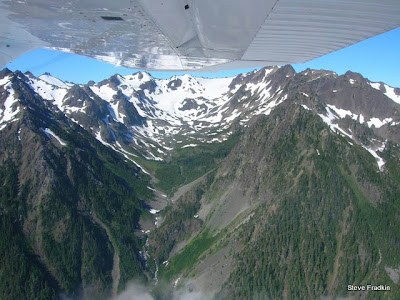 Compare that the Mojave Desert:

It as also fell below normal … by just a few inches.

But it only has less than five to give to begin with.

Map makers didn’t dub it the “Great American Desert” for nothing!