I’ve been conditioned to think of cypress and slash pines as polar opposites:

Cypress are found down low in the swamps deeper half – better known as strands and sloughs – and commonly flooded with water up to their knees;

Whereas slash pines stake out their ground in the “highest and driest” country the swamp has to offer. Fittingly they are named for their most frequent tree: Pine Islands. 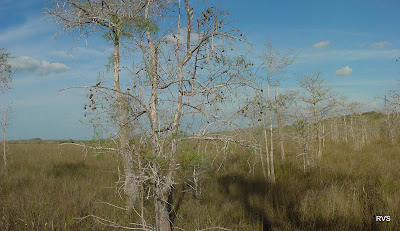 That being said, the vertical difference between the elevated islands and swampy sloughs are only a three feet, sometimes less, and despite the generalized clustering rule, you’ll often find individuals of each standing side by side to one another among the mish mash of subtropical and temperate plants we call the mosaic.

That makes it a bit of a battle to distinguish the two during summer when both are green. 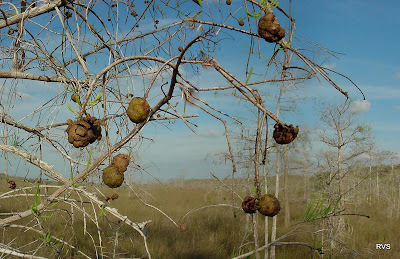 But come winter the difference is “night and day:”

Cypress are deciduous – they shed their needles (turning stark gray).

They are organized in the plant kingdom under the same division as other cone-bearing trees, including redwoods, spruces, cedars, and junipers (to name a few). 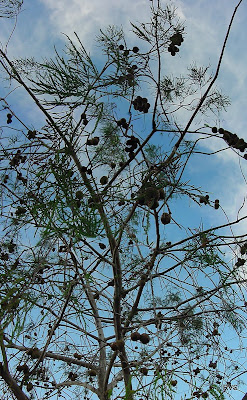 If only they were hanging on an evergreen tree, not bare branches.

They may be similar, but these trees don’t share:

For me they will always be “opposites.”