One rainfall does not make a dry season, but it doesn’t hurt either – so in the spirit of the old saying that “beggars can’t be choosers” – we’ll take it anyway.

That being said, it would have been nice to see it spread out a little more evenly.

(Broward, West Palm Beach, and Miami-Dade led the way with upwards of a half inch, but the Kissimmee and Southwest Coast only registered a few tenths of an inch. South Florida-wide the weekly total was just under an inch.) 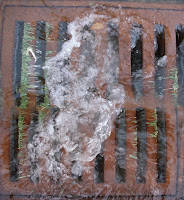 And, while we’re on the topic, it would have been nice to see those really heavy downpours fall in the Everglades – not along the coast where they drain rapidly into canals and out to tide.

Word spread like wildfire across south Florida late last week that Broward County was under flood advisory warning. Here on the west coast we watched in eager anticipation, and yes it rained, but we missed out on most of the liquid bounty. 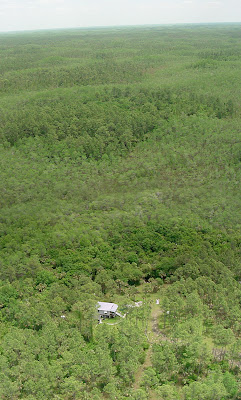 As luck would have it, however, Collier County’s eastern half straddled the divide. That put a solid inch or two of rain in Big Cypress Nat’l Preserve’s southern half, even though its northeast corner got a tenth of an inch or so drizzle out of it.

Big Cypress Nat’l Preserve is a large tract of remnant Everglades, which unlike developed parts of Florida (particularly along the coast) can assimilate large amounts of rainfall in its wetlands where it is slowly absorbed into the ground and evaporated away by the sun.

No need for a flood advisory warning here!
(Although we have had our share of roads go underwater during the wet season.)

I took note of how last week’s state-wide distribution was almost the mirror opposite of the normal dry season rain distribution.

Florida’s winter (Dec – Mar) is wettest on the panhandle and progressively dries as you move south.

That’s because fronts play a bigger role up north, especially during the early spring when the continental winter storm cycle is still in motion.

But of course one rainfall does not make a dry season.

In summary, one rainfall does not make a dry season, but it can cause flooding – locally and temporarily – even in the middle of our seasonal drought.

Word over in Miami is that they still need more rain!