Is Florida is running out of water?

In some corners – yes, the aquifers are fully tapped … and how could they not be at a per capita demand of 179 gallons per day per person. (see article)

Floridians aren’t that thirsty, but their lawns are!

Miami-Dade County withdrawals 400 million gallons per day from the Biscayne Aquifer. Add that up over the course of a year gets you 450,000 acre feet of water,

Or in other words, approximately the same annual flow volume into Everglades Nat’l Park through its four S12 structures. 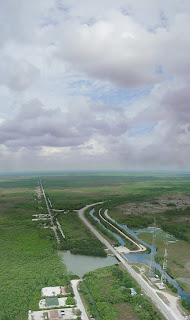 Across the pond in Collier County, about 67 gallons per day from its aquifers each year, or 75,000 acre feet.

That adds up to the annual volume of water that flows under the Tamiami Trail at Bridge 86 – also called Barnes Strand – in Big Cypress Nat’l Preserve,

Or in Shark River terms, the annual discharge through the S12A.

S12A and the bridge at Barnes Strand couldn’t be more different:

The former is gated – it’s only open 3.5 months per year and currently closed.

The later is free flowing and still going strong. 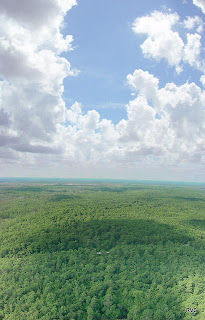 How do I know?

The same way I know about the ground-water pumping numbers:

The U.S. Geological Survey is out there measuring!