The meteorologic world has been abuzz with the oceanic/atmospheric tilt toward an El Nino.

That raises the prospect of a wetter winter, and in the immediate future – less hurricane activity.

Or so it would seem:

A meteorologist sent me a perplexing article that explains a twist to the normal El Nino pattern, called a Modiki (Japanese for “same but different”) which results in warming of the eastern Pacific a bit farther offshore than the garden-variety El Nino. If that occurs, tropical activity could increase instead.

Whether or not that is the case should become clearer by mid month. 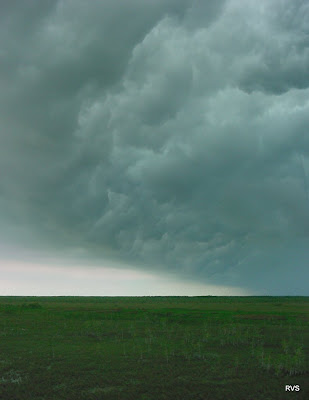 Isn’t that the case with the weather forecasts?

The crystal ball always seems to be clouded with shades of gray.

In south Florida, I mean that both figuratively and literally – as in William Gray, whose forecasts have kept Gulf and Atlantic Coast residents in tune with the coming storm season since 1984.

It’s one of many weather peculiarities of Florida that his forecasts are issued out of Colorado – but a good one:

His most recent forecast has lowered the expected storm total for the season to 10 named storms and 4 hurricanes.

That would seem to mean that it’s a normal El Nino after all … I think?

The rapid rise of Ana, Bill, and Claudette from the ashes of prolonged stormless start gives me pause for thought, and a vigilant eye:

All it takes is one.