How would things be different today had Napoleon’s plans of conquest been successful? 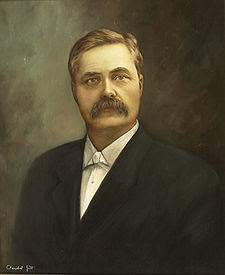 No, I’m not talking about taking Moscow by winter.

Florida governor Napoleon Bonaparte Broward famously tried to do just that – amid fan fare and weighty expectations – but never achieved his vision.

Or more succinctly: he failed.

But aren’t failures always the seeds of future success?

Florida’s Napoleon Bonaparte trail blazed the path for the four major canals that would later become the backbone of the Everglades water management system … for better or for worse.

Consider that the Lake, at its current elevation of 14 ft, is 8 ft lower than the level it historically needed to rise above in order to flow over its southern banks and down into the Everglades below.

In hindsight we might even say that Florida’s Napoleon actually succeeded?

Maybe it wasn’t his waterloo after all!

Speaking of Waterloos, I wonder how things might have turned out different had Napoleon not inadvertently invaded Russia during an El Nino – a meteorological phenomena not known at the time?

In hindsight the campaign was doomed from the start and poorly equipped to battle the early and harsh onset of snow, cold, and mud.

As I am a hydrologist, not a historian, I’m not sure (Je ne sais pas).

But there’s a good chance (bon chance) he wouldn’t have given up on the Louisiana Purchase, which is more or less (plus or moins) the Mississippi River watershed’s western half, and given away to the upstart nation of America for a pittance.

One thing is for sure:
This journal could have very well been written in French. 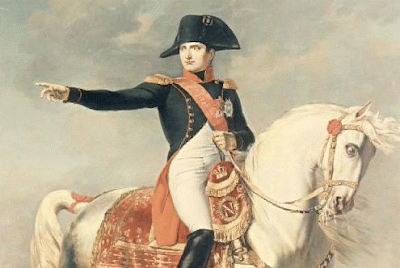