No, that’s not the Atlantic Ocean (looking north) …

It’s the Gulf of Mexico
as seen from Naples Beach looking south.

The reason I (mis)labeled it that way is because the exposed tidal flat reminded me of an Everglades in miniature.

The Atlantic Coastal Ridge is the high ground where the major cities first sprouted up. If I’m not mistaken the ridge crests at around 20 feet above sea level in the Coconut Grove area. In south Florida we call that “high ground.” Then there’s the Ridge and Slough, the scientific shorthand for the Everglades main flow way. It’s filled with a vast expanse of shallow water – sloughs being the deeper channels and ridges situated slightly higher – and intermingled with tree islands all of which point in the direction of flow downstream towards Florida Bay.

Hypothetically that’s where I’d be standing to take the photo.

The channel flowing laterally across the ridge into the Atlantic Ocean is a Transverse Glade. They were the Everglades natural overflow valves to the coast and Biscayne Bay. In the modern system that’s where you find the coast drainage canals instead. 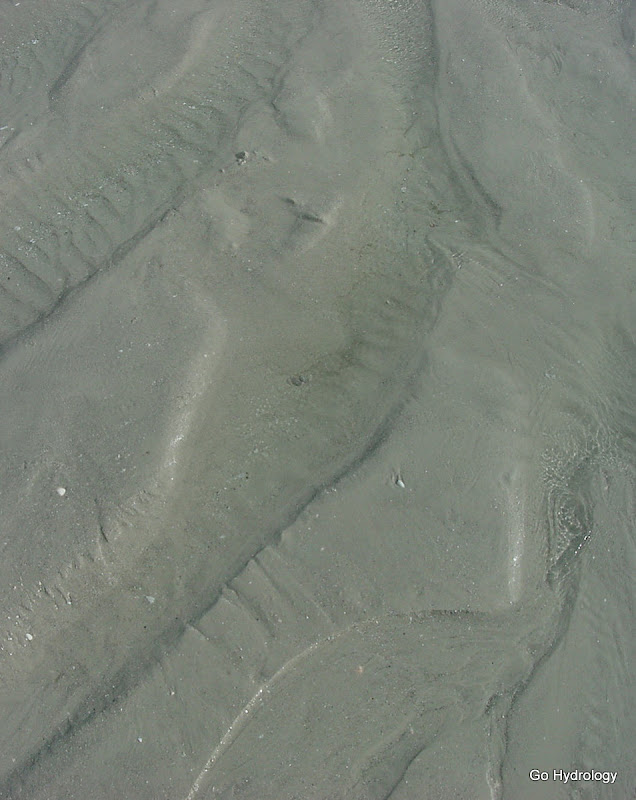 One moment it’s a vista is an open saw grass plain then suddenly turns into a forest of cypress instead.

Is this really how the Everglades formed?

Well it didn’t erode down from a mountain or get pushed in place by a continental glacier. The underlying geology of south Florida was formed under a warm and shallow sea and only born to life as dry land when sea levels receded in the Pleistocene Epoch (which is a blink of the eye back in geologic time).

Come to think of it:

That sort of makes the Everglades seem like a giant sand flat at low tide instead!