Sometimes I just go about my business and forget.

It’s easy enough to do.

Then, out of nowhere – and always in the most inconvenient places, say, in the middle of an intersection (with horns honking) or mid sentence in a congenial hallway conversation, I’m flung back into time and space on a hydrologic mission to fill a fixation that no amount of Florida water could ever quench …

Which not even the recent ten minute 2-inch storm (most if careening off the rooftops horizontally) that darkened daytime skies to night Friday afternoon could quite fill.

That’s my signal to check up on Deer Creek, as measured just downstream of King and Queen Seat, better known as just Rocks, and located dead center in the middle of “The Mudderland” (as I call it), if more widely known (among the uninitiated) as Harford County, Maryland.

As good fortune would have it, the U.S. Geological Survey has been measuring stream flow there since 1926 and even better:

If that weren’t the case, I’d send some high school chums out to throw oranges in the current and then write down their observations.

Here’s what I see:

The creeks been flowing strong since the fall, boosted this winter by the record snow cover (most of which has melted).

That could set the stage for a big spring freshet … we’ll see.

Where it ranks historically is shown on the calendar graph above (which, in the hydrologic parlance, I call a “poor man’s data dump”).

The calendar graph uses same color coding as the hydrograph up top. 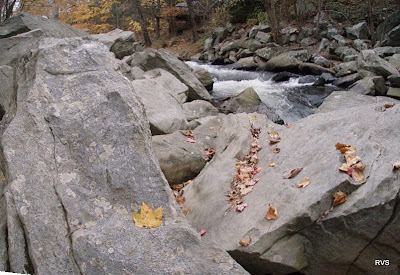 Thanks to the U.S. Geological Survey …

for keeping an eye on the creek while I’m away.