Does the early May 11th start to the wet season mean an increased chance of a June hurricane?

But it does provide an opportunity to look back on June surprises of hurricane seasons past. 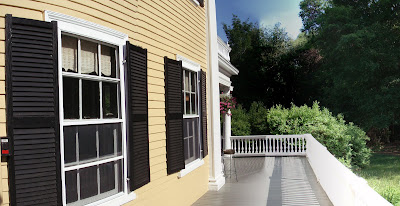 It goes in the record books as my first hydrologic memory, not as a Floridian – where it made landfall, but as a native Marylander where I was born, and where the storm passed through on its way up the Atlantic Coast.

I was only 3 years old at the time.

My mother and father judiciously had us take cover under ground, not for the reason we didn’t have shutters on our windows – we did, but because those shutters were fake!

The so called “ornamental shutters” were made of flimsy plastic, manufactured too narrow to cover the full width of glass, and – the final insult – drilled permanently into the wall siding.

They looked great on a sunny day, but that was about the good of them!

But Marylanders are nothing if not innovative: we found safety in the basement … and after the storm passed, also found a thin sheen of water on the slab floor.

(That discovery marked the beginning of my father’s futile attempts to battle a chronic moisture problem in our basement, predictably ending each time with him admitting defeat (tinged with a sense of awe) to the subterranean river that coursed beneath our house.)

The good news is that I would grow up to become a hydrologist.

But it’s better late than never in hydrology … unless, of course, it comes to June hurricanes which, in any season, are always early.

Speaking of early surprises — “Happy Father’s Day, Dad!” We have a letter in the mail and I’ll give you a call on Sunday (… and/or Saturday).