When you think of Big Cypress and Everglades, the term “water wonderland” comes to mind …

But we lack the perhaps the singlemost water attraction that so often comes to mind when you mention that descriptor, namely:
Waterfalls! 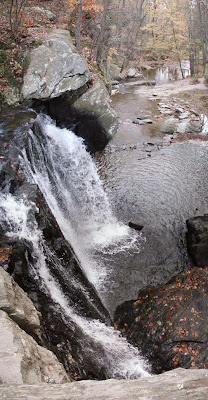 Blame that mostly on south Florida’s flat landscape, but also to a small degree to historic canal dredging.

Famously, there used to be a water fall at the coastal fringe of the Miami River (which is now the Miami Canal).

There was also one at the headwaters of the Caloosahatchee River — the so-called Fort Thompson Falls, before it was blasted away to join the river to the Big Lake (Okeechobee) in an effort to carve an navigable waterway into the wild interior of the Everglades.
Above is a short video clip of a small waterfall up north, called Kilgore Falls.

It’s located on the Falling Branch of Deer Creek in Maryland, which in turn flows into the southern stem of the Susquehanna River just before it spills into the Chesapeake Bay.