Do you know the expression: “in over your head?” 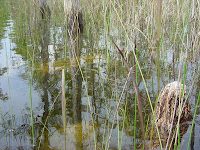 Well water levels aren’t quite that high in Big Cypress National Preserve, … yet.
But they are over “knee high!“
And I’m not talking cypress knees, I’m talking your knees … in the event you dare to tread out into the swamps in the wake of TS Fay. 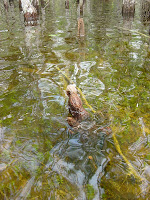 The wetland “wetting front” has risen well up into the pinelands.
.
This time of year the term “pine island“ makes sense: the pinelands become refuges of dry land in a vast sea of submerged wetlands. But those pine islands are smaller now than they were a week ago thanks to the rising sea of freshwater that Fay left in her wake.
Exactly how deep is it out in Big Cypress National Preserve?
That depends on where you are standing.

Water levels in its deepest wetlands — the marshes and sloughs — are just around 2 ft deep. (Yes, that’s taller than your average knee!). In the open sawgrass prairies, the average depth is closer to a foot.

.
But keep a close eye out: a prairie pothole can drop you down a foot in a blink of an eye!
.
A safer place to “see the water” — and lots of it, flowing fast — would be Sweetwater Strand, down Loop Road about 5 miles south of Monroe Station. And unlike the open swamps where the fabled flow of Florida’s wetlands (called “sheetflow”) is almost impossible to detect with the naked eye, it’s a regular river down in Sweetwater in comparsion. 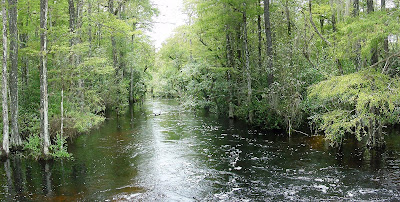 Unless of course you happen to be there in May, 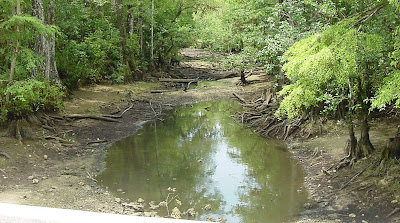