Ends of course are rarely “the end,”

More usually they are a new beginning – or the chance at one anyhow – whether out of happenstance or intricately well planned.

And so ends another decade.

There was a time when I’d notice how it was that the “years” flew by, but now – a couple ten years later – I’m scratching my head about where the “decades” went instead.

But who says you grow “old” anyhow?

A friend of the family framed to me as a matter of fact (and who am I to doubt someone ten years my senior) that “fifty is the new thirty.”

While I didn’t have the data in hand to either confirm or deny his postulation, I was quite comfortable in presenting him with the corollary –

He was genuinely surprised by my statement, but also intrigued. “That means in ten years you’ll feel thirty years younger.” 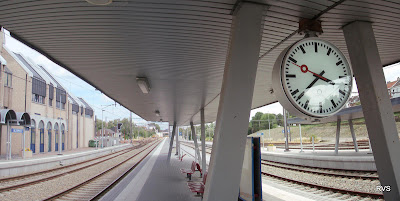 Who can ever guess 10 years ahead anyhow?

Isn’t it the case that the most well-intentioned 10-year plans invariably drift, if not so much “off track,” then onto a new one, and then another, and then one more (ad infinitum) …

Before you know it you’ve lost track of what the original station even was let alone where the track you’re on is going.

And what’s that old adage about actually – and finally – finding the station you set out (and worked so hard) for?

In no time flat you’re bored to tears and ready to hop a new train for some distance dream of a new station (that quite frankly you’ll probably never reach).

What is it about trains and stations?

I’d much rather kick around in the watershed I’m in, read a book (or ride a bike), and just have a place to hang my hat at the end of the day that I call home. 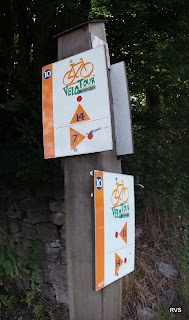 To me traveling is the hardest thing.

And that only proves what I said in the first place:

“Forty is the new sixty!”