Come mid October, everyone’s on the lookout for ghosts, phantoms and ghoulish creatures, and – not unlike the eternal quest for Bigfoot – proof of any kind that any of those phenomena actually exist.

.
Because I finally have proof!

No, I’m not talking about real ghosts.

I’m talking about the most feared menace of them all:

October is what we commonly label as a transition month: part wet season that was and part dry season to come.

.
And as such, it gets stamped with a monthly rainfall average that also straddles the two, somewhere around 4 inches (south Florida wide).

But that 4 inches – the so-called average – is a number that haunts.

But it’s few and far between that you see the rains fill the October cup half way up to the middle.

It’s still too early to tell.

That’s because in the moment, at the event horizon, as the days unfold before our eyes, October is what we call in the political world as “fence sitter.”

Yes, the rainy season has officially mothballed its operation for the winter due to the inexorable loss of daytime heating hours and now the dip in humidity: the dual mix of fuel so critical for igniting south Florida’s sea-breeze fed afternoon storms. .

.
But the tropics are still in play, and like the World Series games this week and next between the Philadelphia Phillies and our very own Tampa Bay Rays (Go Rays!), it’s the specter of those storms, whether real or imagined, that keep us on the edge of our seats for a full 9 innings, (and if the earlier predictions from William Gray bear out, we could be in for extra innings this year).

Like all great baseball seasons eventually come to an end …

.
so too ends the wet season. .
.
Once the 31st approaches, and passes: we can finally and with impunity, answer the question that has puzzled hydrologists and philosophers alike through the ages:

“Was the October rain a glass half empty or half full?

… or did it fall somewhere near the middle?”

If it the latter is the case, then we just saw a ghost.

And that’ll be our proof. 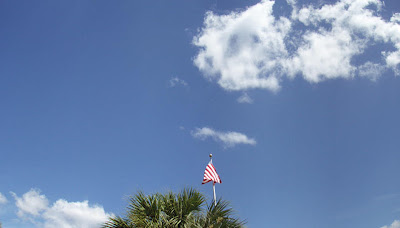