Sometimes the best part of a plan are the features that get left out.

The highlighted areas on the map show major water works of the Central & South Florida (C&SFL) Project that got left behind on the drawing room floor. That’s a good thing. The result is undisturbed wetland where there would have been canals, levees, and water control structures instead. 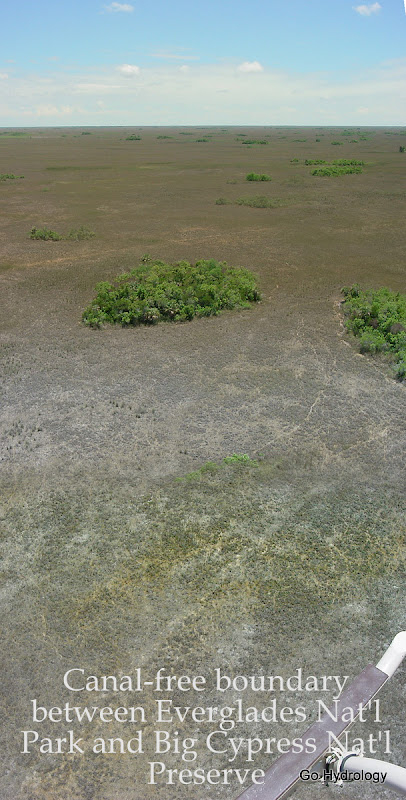 The truth about plans is that they are rarely built as originally spec’ed out, especially when the time horizon to complete them is 25 years out (the C&SFL Project ran from 1948 to 1975), nor do they work out exactly as planned, plus the inevitable outfall of dealing with unintended consequences.

This time for good.