Godzilla’s of the grasshopper world?

Lubbers are even bigger than Miami cockroaches (now that’s saying something!), although quite a bit slower, nor will you find them scurrying around uninvited in your kitchen at night –

But easy enough if you did!

They are a cinch to catch, if you dare – as their alien stare will have you think it over a moment or two, possibly three, before you try (not that they are going anywhere, at least anywhere fast).

Although, there is something endearing about them too, or at least non-threatening. I’ve never once thought about squashing one with my shoe, intentionally at least (it’s hard to avoid them in your vehicle when they cover the road). 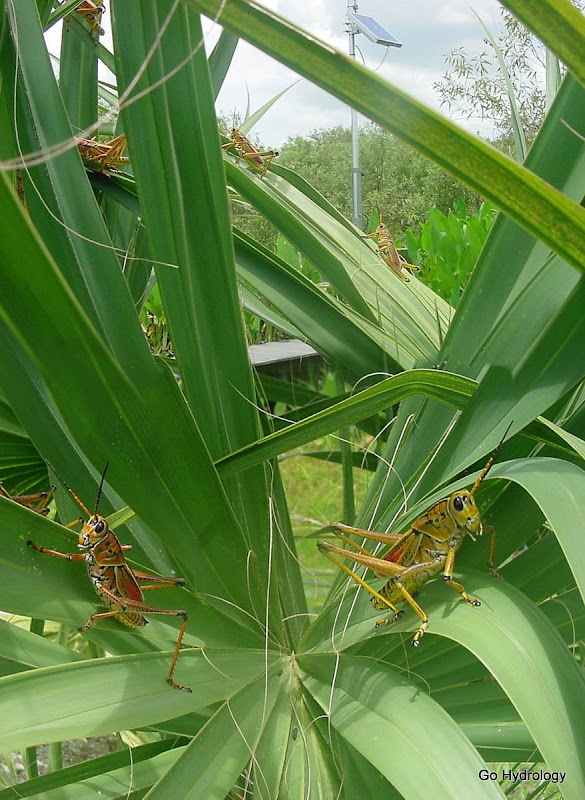 As for the cockroaches I never think twice …

Not that they give you time to think.

In numbers too great to count, even on a single shrub. 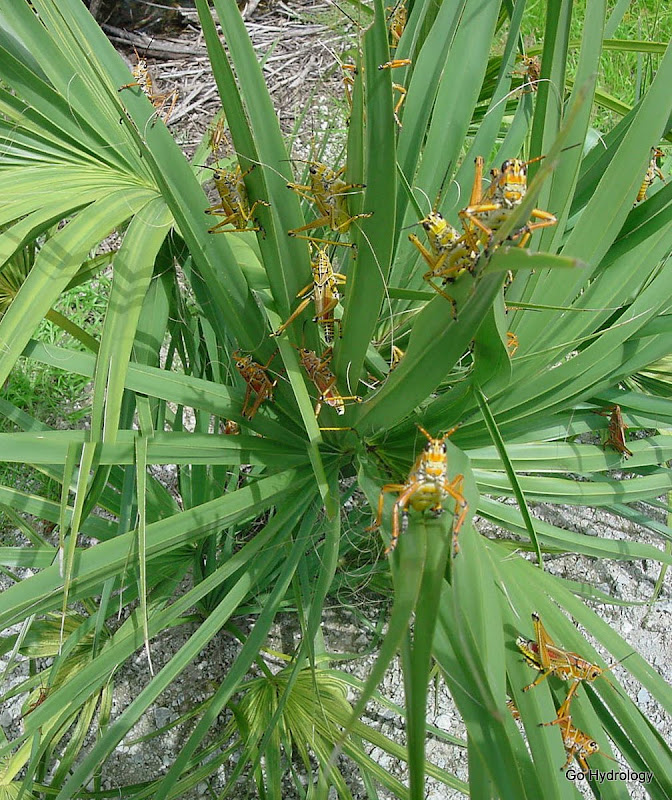 What they eat (presumably plants) and how much or what eats them, where they come from or where or exactly when they go is one of those low priority mysteries that I can never quite seem get to the bottom of.

At some point late summer they are pretty much gone. As much as I don’t mind them when they are here, I don’t miss them either when they go.

I wonder what they think of me?