Humidity is the Great Thermos in the sky:

Or at least it feels that way in Florida on a “hot and sticky” summer day or in Belgium on a “cold and damp” day … any time of year.

The father of a friend of mine, growing up, always had a joke to tell. His son remembers them all, I just a few:

His joke about the “thermos” was my favorite.

One day a rather naïve fellow crossed paths with pedestrian carry a strange canister of a type he’d never seen before.

“So what’s that thing you’re carrying?” he asked inquisitively.

“Why this thing here is a thermos!” he explained matter of factly.

“A thermos?” the naïve fellow repeated, rather hollowly, and with a blank look on his face.

Days later the pedestrian crossed paths with his new acquaintance at about the same spot … this time, he saw, carrying a shiny brand new thermos of his very own.

“So I see you bought yourself a thermos just like mine,” he interjected (as a way of re-introducing himself and with a tinge of pride in his voice).

“Isn’t it great how it keeps ‘hot’ things hot and ‘cold’ things cold!”

“Nothing,” the naïve fellow glumly replied. “I’m on my way now to take it back to the store – it’s broken.”

“And can you believe it: This is the second one I’ve had to return,” he explained, twirling off the cap and pointing inside.

“I followed the directions just like you said – I put in ‘hot’ soup for lunch and a ‘frozen’ pop sickle for a snack afterwards and all I got each time I poured it out was ‘lukewarm’ mush.” 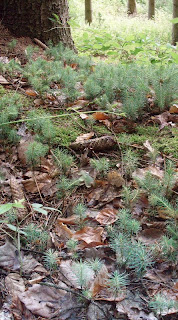 Hot and humid days in Florida and “cold and damp” days in Belgium sort of make you feel like “mush.”

And for the record:

My friend’s father told it a lot better!