Like waiting for water to come to a boil, we’ve been watching it for months, but we knew it was inevitable …

The hydrologic interregnum is over!

Everyone knows we have two seasons in south Florida:
Our summer wet season and our winter dry season. But they are meteorological terms. Terrestrially speaking, water from the wet season hangs around for months after the meteorologic dry season begins in November.
Some people call it the “winter drydown,” others the “dry season recession” …

I call it the hydrologic interregnum. 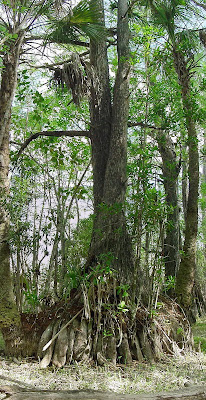 I borrowed the term from the political arena:

Proper use of the term “interregnum” describes the transition period between a new president elect winning the election (on Nov 4), but not obtaining full power of the position until inauguration day on January 20th.

We can think of the hydrologic interregnum in the same way.

It’s the transition period when the outgoing wet season – the “lame duck” – has lost its primary contributor – the summer rains – but when the ground is still wet (or mostly wet).

The presidential interregnum is exact (77 days), but the hydrologic one is fuzzy:

It starts with the pinelands going dry, followed by the wet prairies, next by the cypress, and finally the tall cypress and swamp forest.

The progression varies from year to year based on three factors: (1) how high waters peaked, (2) how late in the fall they did so, and (3) how much early dry season rains we get.

(Some people also add north winds as another factor.)
How did ours fare this year?

That mix of conditions presented us with a paradox of sorts this year:

Our “high” swamps – the pine islands – got their feet wetter longer than normal this year, but our “low” swamps – our pond apple and tall cypress forest – held water shorter than the average year.

But that’s all details.

The big picture is that the dry season has finally obtained full power:

Meteorologically and terrestrially we’ve entered the heart of the dry season. 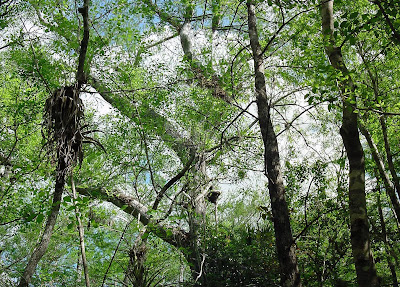 The hydrologic interregnum has passed.