Nine foot seas on the gulf coast of Florida?

Yes and no. No, you won’t be able to see them from the shore, but venture out a couple ten miles into the Gulf and, yes, you’ll be in the middle of some very “hilly” water terrain … more aptly described as high seas.

What’s stirring up the pot?

The second half of a one-two punch of frigid arctic air. This could be the roundhouse freeze that has us wobbling on our Florida feet. The forecast calls for two days next week not rising over 60°F. Last time that happened this early in Naples was 1962. Typically we experience only one or two of those days per winter (although last year we had about a dozen).

What shocks me about this one is how early they called it.

Meteorologist Daryl Ritchison had been eying it up (and calling it) as early as a week ago before even our first cold front had arrived. Which leads me to ponder: Isn’t the fifth day of a five day forecast notoriously “iffy” and often too close (or cloudy) to call? Or how about hurricane tracks? They’re projected paths are in a constant state of being changed. 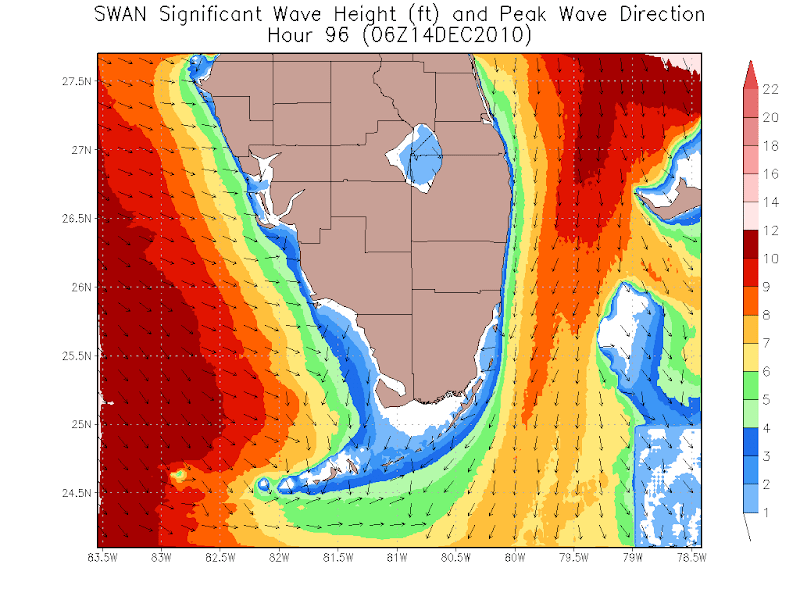 Perhaps the Polar Express runs on a more reliable track with just one singular destination in mind?

“Next stop, Florida!” says Jack Frost to his crew.