Behind every good hydrograph are the stations out in the watery wilderness where the data used to make it was collected. (Not to mention those hearty soles who withstand heat, rain, and mosquitoes to keep them running!) 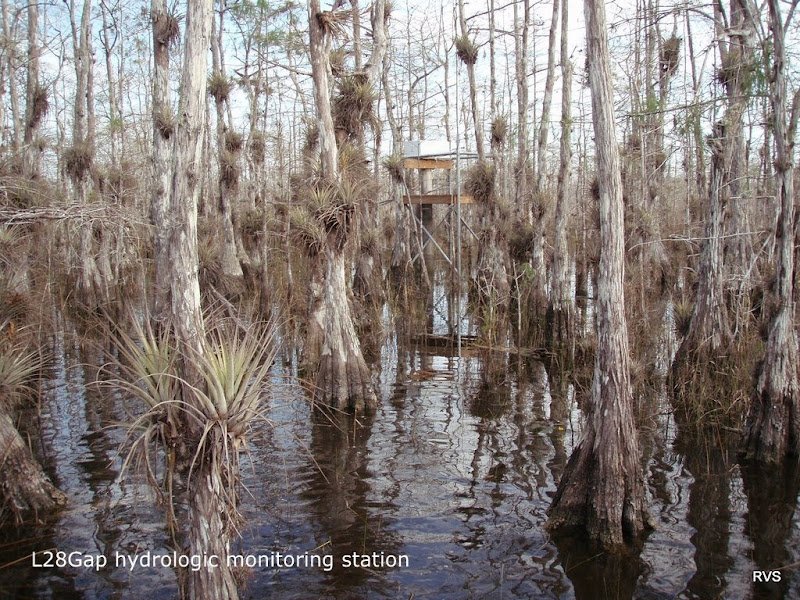 Quite literally there are too many to count in the Greater Everglades.

We have 30 alone in or adjacent to Big Cypress National Preserve.

My best guess is well over a thousand. 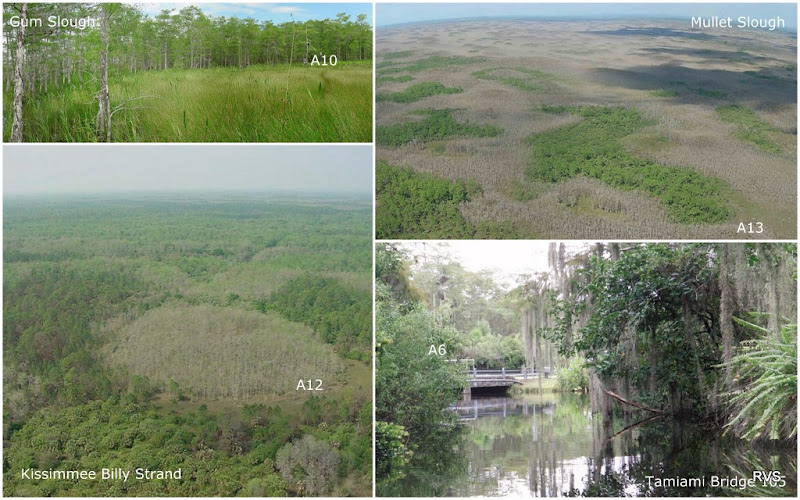 While each station has a purpose in its own way, it’s just not possible to keep up with all of them all of the time. Here in the preserve, for example, I aggregate 4 of them together (as shown in the collage) to compute what I call “swamp-wide stage.”

It doesn’t tell me everything,

But it does simplify it into a snapshot that tells me a lot.

I can then roll the data from those 4 stations back in time using a handy dandy “historical calendar,” as shown below, to make comparisons across years or seasons … even decades.

Never under estimate the power of a hydrograph:

There’s a sea of them floating in the Everglades.