Chuck it up on the trash heap of continental weather sayings that have no place in south Florida.

Up north – and rife through every farmer’s almanac you can lay your hands on – the onset of March brings notoriously fierce storms – nor’easters, tornados, blizzards, a slush mix of rising flood waters – only to be tamed into the so-called “spring lamb” in its waning days. 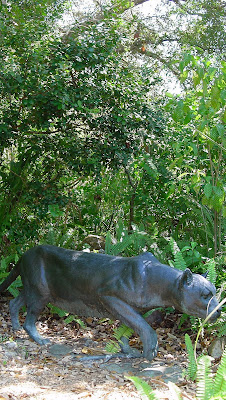 The saying has a celestial origin, drawing on the position of Leo (the lion) and Aries (the lamb) in the night time sky.

There’s always a kernal of truth behind those sayings, that reaches back deep into our ancestral roots.

But you also have to take them with a grain of salt.

And whatever you do, don’t go planning a picnic or family gathering around them.

Case in point is April 1st, 1997 blizzard.
I got caught in the middle of it, in transit from Ithaca New York and Cape Cod Massachusetts, up in the high country of the Berkshires Mountains. I spent the first night snowbound in a rest area living on Milk Duds and Pepsi, only be caught in the storm again on the second day as I approached Boston.

I can laugh now, but it was not joke at the time.

And it goes to show, the lion can roar mightily in April too.

But not down here in south Florida.

According to a recent article by Sun-Sentinel’s Ken Kaye, although we’ve been getting cold fronts at a regularly clip (our normal source of winter rains) the prevailing La Nina has been zapping the moisture out of them.

And that La Nina isn’t expected to budge out of the picture any time soon.

That’s conjuring comparison’s being drawn to the record dry winters of 1985 and 1989, and the wild fires that went along with them.

But my mind is drawn back to Fay.

That single event floated Florida’s boat out of drought almost the entire state over (with the exception of Tampa).

You know it’s a Big Rain Day when you’re still living off it 6 months after it’s passed.

But now that water’s almost gone.

And the landscape is drying.

As if a lion could leap out from behind a palmetto.
(Of course we only have panthers – about a hundred of them).

Here’s to hoping a March lion appears instead …

In the form of a Big Rain Day. 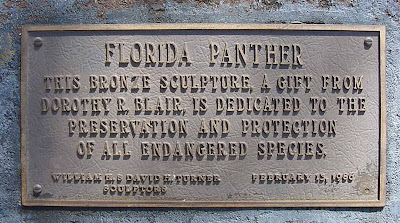 Click here to view more “Sky Watch Friday” images from around the planet.