Does Florida have monsoons?

While I am not one to sit on the fence (as I am not a politician by nature, but rather a hydrologist): my research keeps leading me up on the same fence post – a semi-definitive and inconclusive “yes” and “no.”

It depending on how you look at it.

The evidence – or lack there of – is seemingly in favor of “no”:

The term “monsoon” is simply not part of Florida’s water lexicon, in both speech and written word. I can’t find it mentioned once anywhere in any of my book on my Florida book shelf. 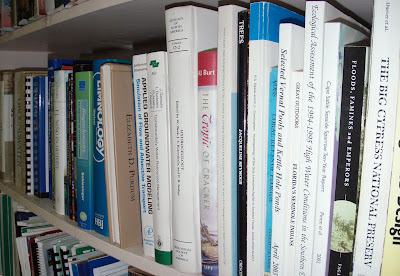 But that raises my curiosity even more:

“Yes” it’s not mentioned, but “no” it’s not outright refuted either … that keeps me digging.

And after all, South Florida has a distinctly seasonal rainfall pattern.

Could this just be a case of regional nomenclature, as in American “TV” versus the British “Telly” … same thing, just different words?

First a couple things about “monsoons.”

Monsoons aren’t defined by precipitation, but rather by a “shift in the winds.”

Winter in India is dominated by a desiccating northerly wind blowing off the Himalayas and Siberian plateau. Come summer, the desert of western India (Rajasthan Desert) heats up and forms a low pressure.

That pulls in moisture laden air from all sides of the Indian peninsula.

Thus form the monsoonal – or seasonal – storms of the India. They account for roughly 80 percent of India’s rainfall.

That’s the same pattern we have here in south Florida.

A big difference between Florida and India is geographic distribution:

But that’s hardly proof one way or the other:

The American Southwest is famous for its “monsoons” – a firmly embedded term of the desert lexicon (I lived there) – despite a paltry 15 inch annual total.

As you can see, I’m still sitting on the fence … but also still digging.