But wouldn’t it be more instructive to post the current flow rate instead?

That way we could sort of decide for ourselves.

Or at least for those of us that learned the hard way and have a frame of reference to go by (better known as the School of Hard Knocks) could make a more enlightened decision.

In my early high school years a bunch of us rebel rousers bought truck tire inner tubes, filled them with air at the corner gas station, and then headed off to Rocks to run the rapids.

We were young and didn’t know any better.

It was July and the creek was still gushing in spring flood mode. We knew that. That’s why we went. Like I said we were young and didn’t know any better. 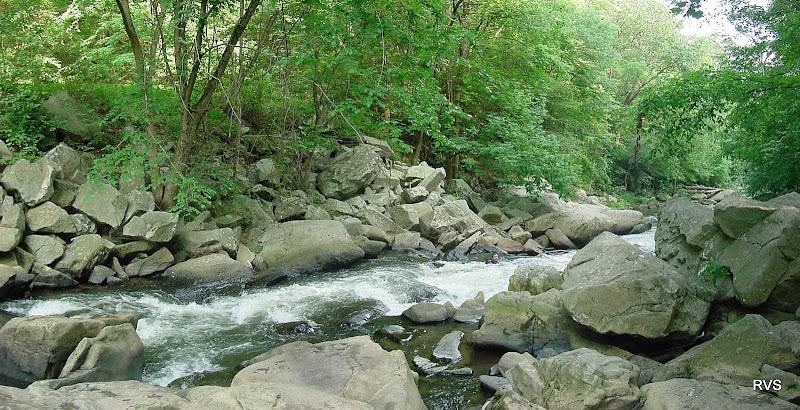 Usually by July the run of rapids is quieting down into its summer recession which by early fall, around say September, causes the creek to hit its annual ebb. Typically that’s around 50 cubic feet per second.

On that fateful afternoon in July, which looking at my historical chart I can see was probably 1984, the creek was still roaring with a spring-like freshet of upwards of 200 cfs.

Whether or not the sign was there I cannot be sure.

We would have disregarded it anyway. Or even if a park ranger had posted a hydrograph on a tree with a nail I am sure too that at best would have had us scratching our heads.

To make a long story short, my brother got snagged by a rock mid run and lost his tube. In a frenzy to escape the torrent of water he jostled and bumped and brawled his way, bruising and scraping himself considerably in the process, until finally, if somewhat pyrrhically scrambling himself to the safety of the top of rock.

Alas, he was on the wrong bank!

The only way across – and back to our vehicle – was by inner tubing down the rest of the rapid. 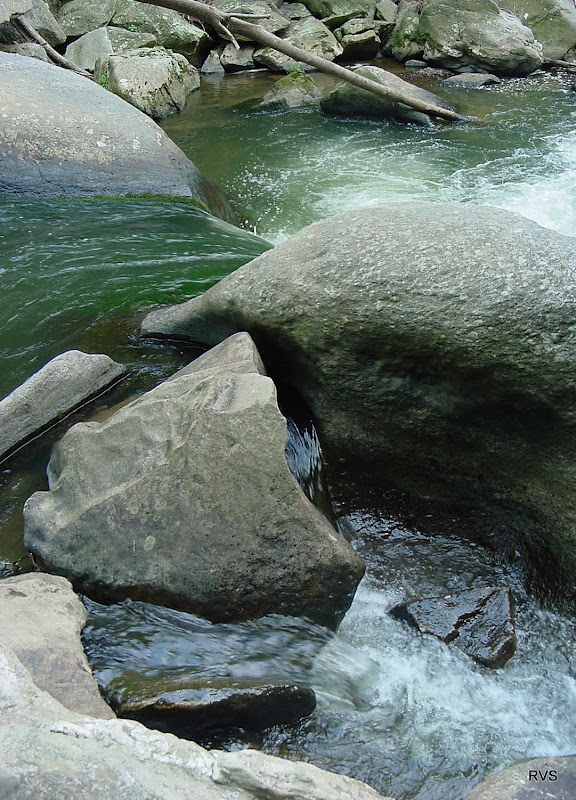 We retrieved his runaway tube and spun it to him discus style across the rapids. It took a good half hour or so but eventually he did what he had to and completed the run, the exclamation point of which is a 3-4 foot plunge down a waterfall into a boil of water.

Could the accident have been prevented with a good hydrograph?

For that particular incident, my answer is “no.” The Call of the Rapids was just too strong. But as a future reference, 25 years later, I can look at the hydrograph and say, “hey, the creek is over 200 cfs, maybe it’s best if we sit this one out.”

Of course I can’t vouch for my friends.