When are two numbers not the same?

Case in point is the Kissimmee River.

But the story couldn’t be any different.

Last June the Kissimmee was discharging into the Lake at a low (but seasonally normal) rate of 200 cubic feet per second (cfs);

And despite last year’s big rain event – which brimmed the Kissimmee with chart-topping +10,000 cfs flows in the weeks following Fay – the annual flow volumes chimed in right around average – at 1,000,000 acre feet:

That’s why in hydrology, when it comes to making sense of the numbers, you need a couple graphs.

Three is a start. 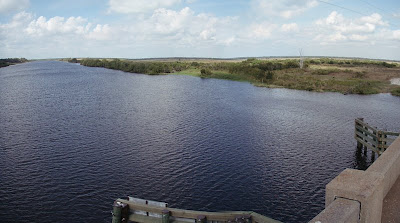