Here’s a rainfall update for various parts of south Florida.

First, November has been dry.

That’s not unusual:
It’s our first official month of the winter and spring “dry season.” 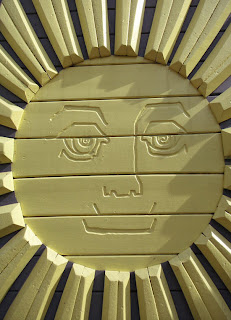 .
Florida natives always take umbrage to proclamations of it being a land of no seasons, or more correctly stated: just one – summer.

Hydrologically speaking, it’s convenient to split the year in half. One side is the wet season (from May through October) and the other side is the dry season (from November through April).

.
The truth of the matter is the dividing lines are fuzzy. (Isn’t that always the case?)

That would be October – which can start the dry season early, despite the threat of hurricane showers – and May, which is often the “heart of dryness” here in south Florida, despite it also being the month that the wet season “switch” is flipped back on.

In any event, consider the dry season officially upon us.

We have a string of 2-inch rainfall months ahead of us … and with temperatures in the 70s and lots of blue sky.

I don’t know about you, but that’s what I call summer!

Second, take a look at August rainfall totals when you subtract out Fay.

That really deflates the bubble of what the rainy season would have been without the rainfall stimulus package that Fay injected into the water cycle.

That’s especially the case when you look at how dry September was.

.
..
Third, and here’s where it gets interesting.

September’s relative lack of rain was a reflection of a very active tropics. None of those storms hit south Florida, but they did disrupt the normal pattern of winds that bring us our “bread and butter storms” of the summer.

Sometimes I feel helpless against the wind.

The good news is that it is winter in Florida,
which – by any other standards – is summer.