Up north along the banks of the Chesapeake there’s a famous watershed “legend.”

It’s the same story every time, with slight variations, as passed down by “word of mouth” at holiday gatherings year after year. 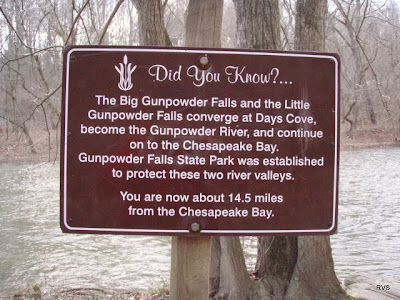 A “friend of a friend” was out on the bay earlier this summer (or was it last), when a big and fancy boat approaches, docks … then out walks a man:

“Excuse me for interrupting” he blurts, “and I don’t want to take too much of your time – you see I’m not from these parts: I’m visiting down from New York City – but I came down here to get me some of those delicious “red” crabs you have in the bay:”

“For the life of me all I can find is these darned “blue” ones?”

That’s where the story ends, to ribald laughter all around:

(Maryland Blue Crabs, you see, only become fiery red after they are “steamed,” not before. In the water, alive, they are a serene and luminous shade of blue and green. )

The story always leaves me lingering with two questions:

One, is the true and, if so (or even if not), how does the story end? How did the Maryland native Chesapeake waterman respond?

Down here in south Florida we have a “cypress” tree equivalent.

Earlier this fall (or was it last), a “friend of a friend” was out in the swamps when a fiery red convertible with New York tags comes zipping along to a stop. Out steps a man in loafers with a scrunched up look on his face pointing out toward the bare-branched cypress along the side of the road:

“Excuse me for interrupting” he blurts out, “but how did all those trees die?”

End of story again, to laughter all around.

Cypress trees are deciduous of course, which all Floridians know:

They lose their needles each fall.

That story too leaves me lingering in thought:

Had I been there, here’s my take on its stunning conclusion.

“Cypress are deciduous trees, just like you have up north,” I’d say, pleased to have a pat answer in hand.

Then, getting my confidence up, I’d add in some metaphors to spice it up.

“They lose their needles for the winter, say, just like a bear goes into hibernation until the spring.” 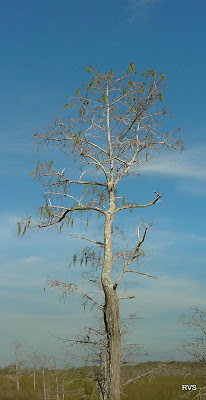 That’s when he’d spin the tables on me with the unexpected:

“So do Florida bears really hibernate … it’s so warm down here?”

Caught flatfooted, my mind paralyzed into a pause (thinking among other things – “Wow! These New Yorkers are smarter than they get credit for”) for the sake of buying time.

Upon beginning to mouth out the words of my built in excuse – “I’m just a hydrologist really, and don’t know much about wildlife biology” – a moment of inspired brilliance would strike me from above (and just in the knick of time):

“No,” I’d say, waving my hands toward the cypress:

“Bears don’t lose their hair for winter, unless you are thinking of the hairless rhino bear that lives down in the mangroves, a condition usually attributed to mange, but yes, more or less rendering them relatively hairless …”

“But not just in winter,” I add. “The hairless rhino bear is bare skinned all year round.”

That bear is a real creature, and spookily almost looks human in the face. They say it could be the unwitting culprit for a good many of the Skunk Ape and Bigfoot sightings.”

That unanticipated, but fruitful, turn in conversation would impress any New Yorker, but also feed the curiosity factor:

“So have you ever seen one of these creatures?”

“But I have seen the cypress re-sprout their needles. That happens each spring, just like up north in Maryland where I’m from.” 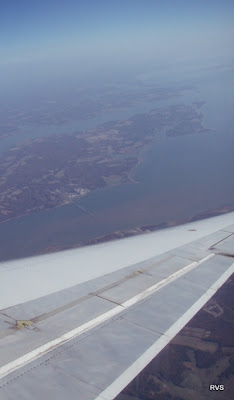 “So you’re from Maryland!” He’d blurt with a big laugh.

Let me tell you a funny joke I played on a couple of Chesapeake watermen some time back.”

“I was docked out near Easton when I played dumb with a couple locals about what I was doing wrong to keep netting these useless ‘blue’ crabs instead of the tasty ‘red’ one I was looking for.”

“Talk about fiery red faces, and speechless too:

I never did get a response!”