Tamiami Trail is good for about a half million acre feet per year. 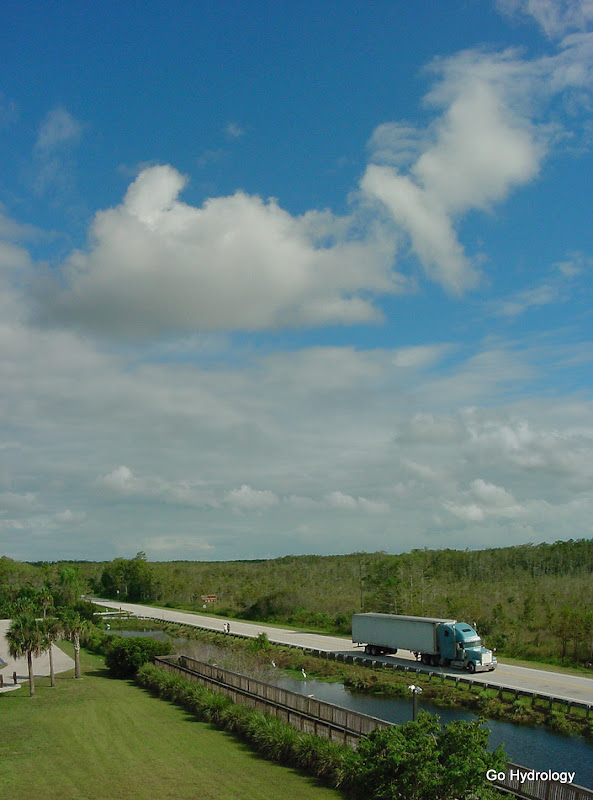 Not that the water originates from the Trail, nor is it tractor trailered across – rather, it flows under it, specifically at about 4 dozen bridges that underlie the three dozen miles of one-lane road that spans across the southern end of Big Cypress Nat’l Preserve.

Twice that total will you get you a Big Flow Year (1994-1995, 1999, and 2005) and anything less you can consider a drought. This year peaked at right around 3,000 cubic feet per second (cfs) in early September, but since then has steadily dropped to where it is now — drier than normal for early November at only 200 cfs. (Click here to view full historical calendar.)

I consider it south Florida’s most scenic drive, if also an eclectic one at that.

On any given day you’ll see a hodge podge parade of tractor trailers en route, motorcycles on tour, RVs slowing down and swamp buggies heading in, commuters cruising from “coast to coast” waiting for a spot to pass and fisherman on the side ignoring it all as it whizzes by.

How many roads can say that?