Not only was this May our earliest start to the “wet season,” as I tabulate the data, it’s also the quickest start ever to the start of a new “water year.”

Yes, that’s right, May (not January … and not October) marks the beginning of the water new year in south Florida.

That is indeed the cookie cutter approach, and one you still see used in the newspapers, is to lump rainfall in alignment with the calendar year (from January to December). But that doesn’t work south of Okeechobee (or at least work well): January falls dead center in the middle of the winter-spring “dry season.”

It’s the standard up north on the continent. But that’s because it tends to coincide with the low water ebb of its mountain-fed river systems.

May marks our low water mark,

And also – mid month – the start of the summer-fall wet season.

That makes it the obvious spot to start the meteorological new year.

It sounds obvious enough … as all things do, in hindsight.

But it took me a good three years when I first moved down here to break free from my old “continental” mindset. The standard, too, up north too was to look at rainfall relative to the four seasons. South Florida has only two seasons (as defined meteorologically), but to divide the year only by them oversimplifies the math.

That’s helpful for when trying to dissect the anatomy of a single year.

It stands out like a giant sequoia among all other years. Yes, it stands the tallest, almost 20 inches of rain greater than the bars that surround it, but that’s only half the story. The true beginning of the record 1995 wet season starts with the record-wet “dry season” that preceded it (as indicated by the “warm colors” on the top of the bar to the left).
That gave the 1995 wet season a “high base” to start from. 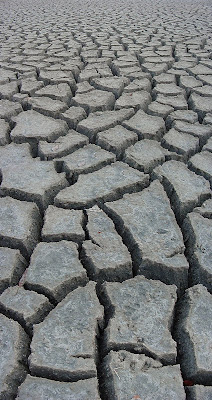 Compare that to this May’s deep drop of the water table. That started this wet season off from a “very low” base.

So yes, the water year starts anew each May, but not all “starting lines” are equal: