Did January’s combination of deep cold and subsequent tropical warming fool the cypress? 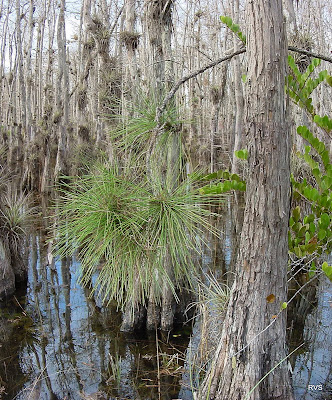 Normally colorless and without needles this time of year,

I was surprised to glance at what looked like a cypress branch bursting with green needles.

A pine sapling was reaching over (or rather, “slumping” probably better describes it), in a wide arc from where it had taken root, and precariously so, on an old cypress stump.

It was the pine that was out of place
(and foolishly so),

Among the cypress in deep water.