Lake Okeechobee’s been above the 11 ft mark for 7 days and running!

That means it only has around 2000 days to go to break its most recent streak of consecutive days above 11.

But don’t forget that just such a streak started at the bootheels of the 2001 drought coming to an end. Lake stage stayed perched above 11 ft from August 2001 to March 2007, and rose above 17 feet in 3 of the 5 years within that time span. 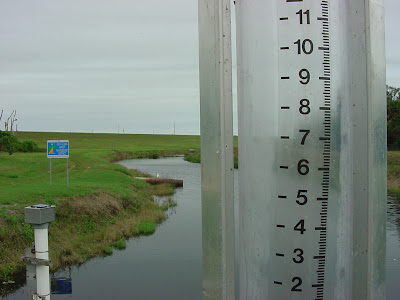 That means the littoral zone was flooded throughout the entire decade of the 1990s.
.
And the Lake rose above 17 ft in four years of that decade-long stretch.

When was its highest consecutive day streak above 17 ft?

You have to rewind the water cycle clock a quarter century to the “El Nino of the Century.” Or atleas that’s what they called it at the time. The El Nino of 1998 would later steal (or share) that moniker.
Lake stage stayed at or above 17 ft for over a half year from late September 1982 to mid April 1983.
In summary:
The Lake rises and falls, sometimes very low, other times very high.
The 11 ft mark is the milestone of sorts for tracking both its plummet into drought and its rise back into flooding the littoral zone.
.
And an additional summary point that goes without saying: I’m a number nut, at least when it comes to tracking the water cycle. 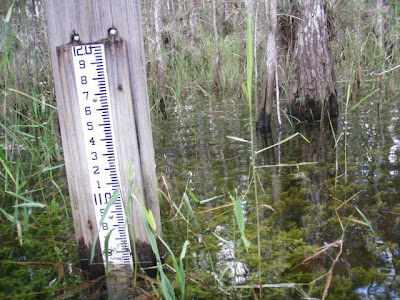