What a difference a week makes:

It’s warm again in the Everglades!

The ice has long melted,

And the snow was never there,

But you can see lots of “brown” …
In the form of freeze-burned tropical vegetation.

How does it rank historically?

It’s still too early to tell because the months not over.

Nobody I’ve spoken to can remember anything like it, other than a few old timers who remember the bone-chilling winters of the 1980s (capped off by the famous Christmas freeze of 1989).

January of 1940 goes down as the coldest month in Florida history (to date),

But it didn’t contain an “impact freeze” (as defined by Florida Citrus Mutual) in part thanks to the up-and-running Federal-State Frost Warning Service, established in 1934. 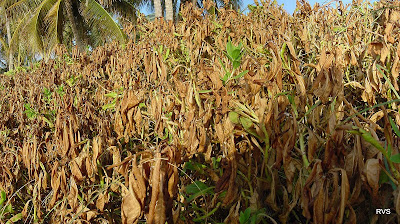 In Florida you may not remember what month it is – today the air feels like April up north:

But we never forget our freezes …

Even if a week later it feels like spring!