Still no snow in Florida …

But we are in the midst of our second coldest week of the winter.

Granted, it doesn’t come close to touching the epic 11-day freeze that swept through peninsula at the start of the year.

(On that one a stone in the form of a high pressure cell got stuck in the westerly stream of air that blows across the continent over Greenland – an unusual occurrence for winter. That detoured the jet stream south and with it the Canadian air.) 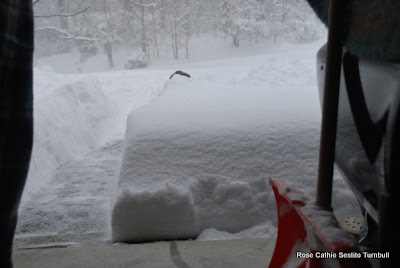 And yes, it’s barely news worthy – even here on the peninsula:

All eyes are on last week’s snow-nami – or double blizzard – that struck the mid Atlantic seaboard last week … with more snow possibly in store this coming week. “I Told You Sos” everywhere and armchair meteorologist to boot are claiming it as proof that alternatively either global warming doesn’t exist or the El Nino is to blame;

Both incidentally are an emotional overreach of the data …

Or so I’ve read in the newspapers.

(Although personally I’m still nursing a theory the active Pineapple Express cycle is to blame … even if more probably the moisture was from the gulf and nor’easter circulating low.)

Below is an animated map of the continental snow events from October to present.

Still, by Florida standards this is a solid week of winter …

Or in other words: