Florida’s water cycle is haunted by many ghosts,

None probably scarier than the “Phantom of the October Sky.”

October averages 4 inches of rain for the month,

But it’s decidedly not a core wet season month – which tend to accumulate twice that amount (even if it is also the month that our “pseudo” monsoon showers come to an end).

But it’s also premature to call it fully dry season – as on the official scoreboard, most years at least, the tropics are still churning.

And the history books are clear –

Rainy Octobers of water year’s past have boosted the sheet flow season well into the fall,

And can also be quite “scary!”

The Even Bigger Case In Point was 1995 – an El Nino October – when over 10 inches fell south Florida wide.

This current October we’ve chalked up 2 inches for the month.

That plus the heat (see last past) has sheet flow shriveling down and pinelands drying up all on the short side of November,

Which by my calendar metrics, is the dry season’s official start. 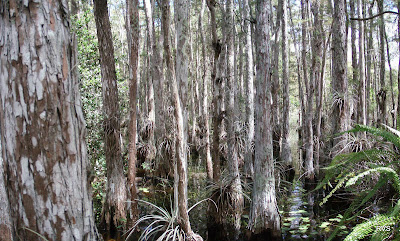 Either in the form of (1) too much all at once (and often with strong winds), or (2) not enough, sending us off on an early start to the long dry season ahead, or (3) the illusory promise of a “half full” 4-inch average.

Mathematically-speaking I call that an invisible number (i.e., averages of an extreme-skewed data set).

Hydrologically I call it a water ghost!