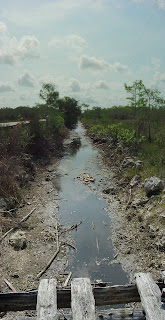 Sometimes you don’t have to go deep into nature to get into deep nature. Tamiami Trail is the perfect example. It’s the main road between Miami and Naples.

I crossed the canal on its north side using an old wooden bridge.

That led me into a wet prairie which, because it’s the dry season – and an especially dry one at that, is better classified as a dry prairie in spring … at least until the summer rains start back up. 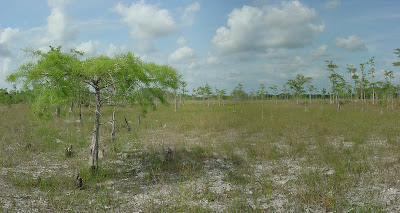 This particular dwarf cypress caught my eye because it was short and stout, but probably as old as the larger cypress in the adjacent dome. 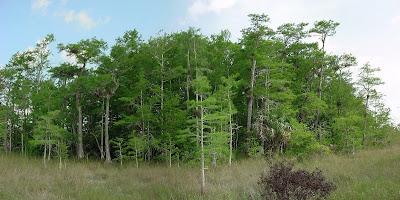 The cypress dome was thoroughly greened out but like the prairie dry also as a bone. And this was a deep dome. As flat as the Big Cypress Swamp is, it was a downhill journey to the center of this dome. (The plus side of no water of course was the equal absence of mosquitoes.)

The cypress knees were especially impressive, and rekindled in me a question that has periodically tugged at my curiosity, but one I’ve never been able to answer:

“Why is it that knees are absent from some domes, sparse and smallish in others, and – as in the case of this dome – omnipresent and quite tallish (hip high)?”

I thought about that for a moment, in the silence of the dry dome, periodically interrupted by the thrush of Tamiami traffic on the nearby road … which with Alligator Alley being closed due to a wildfire (named Deep Fire) has been steadier than normal. 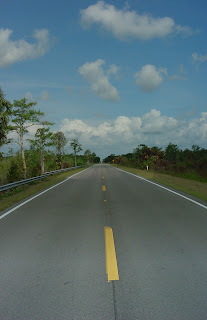 It was good to get a off the beaten Trail, even if for only a few minutes and a couple hundred feet to the north.

Any longer or further and I could have gotten lost!