How much oil is buried in the underlying geology of peninsular Florida?

That’s a question I’ll leave to the petroleum geologists. 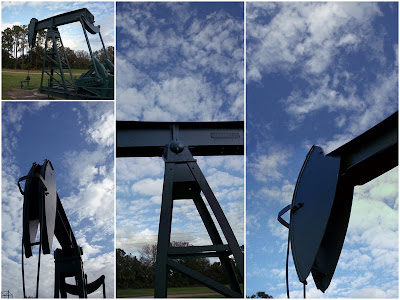 As for how much water is in Lake Okeechobee?

Currently, at 12 ft above sea level (asl), it’s holding just under 3 million acre feet, (down from a 4 million acre-foot volume when it tipped up at 15 ft asl in the weeks following Fay). 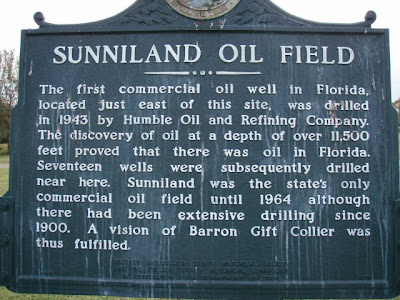 How much water is that?

World oil production peaked at around 85 million barrels per day … at least it was, before the economy slumped. At 42.5 gallons per barrel, 7.48 gallons per cubic foot, and 43,560 square feet per acre – plus a few handy unit conversions – that adds up to just around 4 million acre feet per year!

So next time you want to see how much oil the world pumps out of the ground each year, take a ride out to Lake Okeechobee and look over its rim.

But first you’ll have to wait for it to rise back up to 15 ft. That could be a few months.

Maybe between now and then I’ll figure out how much oil we have in Florida, or more correctly stated, I’ll ask a petroleum geologist.