Technically tornadoes don’t have their own season.

That’s because tornadoes spawn from severe thunderstorms … which is a weather phenomena that occurs all year round across the North American continent.

But May is peak tornado month for the nation.

That’s a result of increased daytime heating and humidity which, combined with the clash of lingering cold air from the north, puts Tornado Alley on high alert come mid to late afternoon.

Compare that to Florida’s hurricane season.

It runs from June 1st through November 30th, peaks in September and October (accounting for almost 70 percent of hurricane strength Florida landfalls), before precipitously fizzling out in November and December.

That doesn’t tell the full story.

Rains from lesser strength tropical depressions can be just as prodigious as hurricane strength storms. 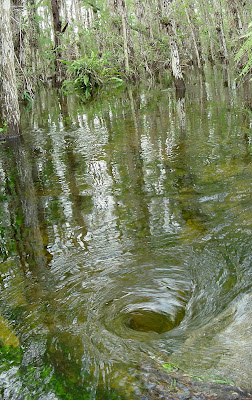 But it’s the early spring period, from February to April, when the Florida twisters peak. A twist on those tornadoes is that they are just as likely to occur after midnight as they are in the afternoon.

Not exactly the stuff of sweet dreams.

The good news is you are not likely to see a hurricane or tornado on peninsular Florida in May.