Gum Slough is perennially one of our wettest spots.

Why is that so?

(1) I’ve run across a regional precipitation map which shows it lying in a band of slightly higher rainfall that reaches from Miami into the southern reaches of the Big Cypress Swamp. That could explain it.

(2) Or maybe its location at the southern end of the watershed is what gives it more water (from upstream sources).

(3) Also in play is the textbook case of the unconfined island aquifer: water tables tend to fluctuate the most in the center of the island where the water mound is perched highest. Closer to the coast (where Gum Slough lies) the amplitude of change diminishes.

(4) There’s also the fact that locally Gum Slough is just a deep marsh, if also relatively narrow. On either side of it are marl prairies that go dry every year. 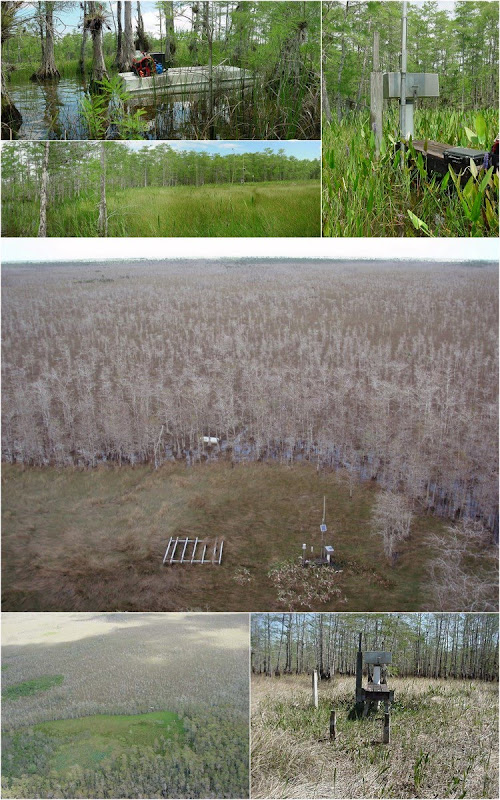 The one thing I can say for certain is that it’s been our rainiest gage since the start of May – at 13 inches and counting.

But that only puts it at a normal June level, not high.

What’s the likely reason for that?

Surrounding rains haven’t been as abundant.

Rain at any one station will only get you so far.