Especially during the winter when their branches are bare …

Even if – as anyone can attest whose slogged through the swamp – they are the lowest lying part of the swamp instead.

The last time I flew however – and for the first time – I was struck by the observation that the pine islands served as willing co-conspirators on this most mesmerizing optical illusion of the swamp mosaic.

Nestled in the sea of gray,
the patches of pitch-green pine
looked as low as the cypress are high … 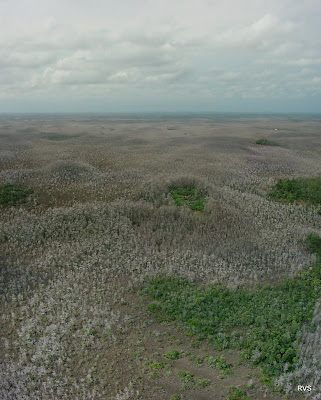 At least from some angles.