Probably the earliest classification system we learn as children, or one of them at least, is categorization of the world around us into one of the Big Three: “animal, mineral, plant.”

That was Lesson One.

Lesson Two was exceptions to that rule, with the puzzling case of the lichen (is it a plant, or isn’t it?) usually being presented as Exhibit A.

Fast forward three decades later and the “plant” – or whatever it is – still evokes a sense of mystery. 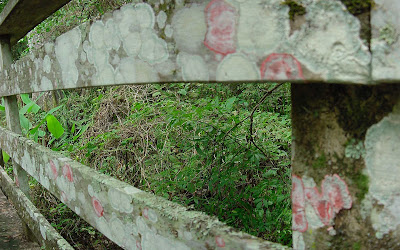 What I like most about lichen is that they are out there everywhere, usually right in front of our noses, but isn’t it so often the case that we see right past them.

That makes lichens the plant (or whatever it is) … “that wasn’t there.”